In the spring of 1979, I stood on the sidewalk on 2nd Street in Santa Monica and peered into the window of Gold’s Gym. The Gold’s Gym. The sound of clanking weights and the thud of dumbbells hitting the floor and assorted screams and grunts were the most inviting sounds I’d heard since I could recognize my mother’s voice. On my side of the window, it was a peaceful southern California morning with spring rustling in the air, like a paper bag blowing along a concrete sidewalk. Such a contrast to what was going on inside.

I looked at my watch, slung my gym bag over my shoulder, and then had to look at my watch again to see what time it was. I stepped through the door and entered a world I had only read about in magazines. Standing right in front of me was Robby Robinson, sunglasses on, doing shrugs with a pair of enormous dumbbells. With each rep, I saw his ears disappear.

Message from the owner: Isaac Afrifa
Olympia Muscle & Fitness sincerely welcomes members with all fitness goals, regardless of size, shape or ability. At Olympia Muscle & Fitness you'll find a bodybuilding Mecca dedicated to providing the most cutting edge strength training equipment.
You can expect an energetic, supportive environment full of individuals who are serious and committed to achieving their fitness and health goals. Olympia Muscle &  Fitness is where the world’s elite athlete’s train. This includes Mr. Olympia winners and IFBB and CBBF Pro competitors.
World renowned photographers and columnists work with pro bodybuilders at Olympia Muscle & Fitness for the latest photo shoots and interviews for the world’s most popular health and fitness magazines.
Visit Olympia & Muscle Fitness today and activate your free 7-day membership for a start towards helping you build a more powerful and muscular physique. 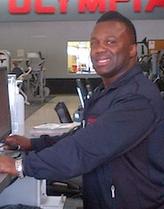 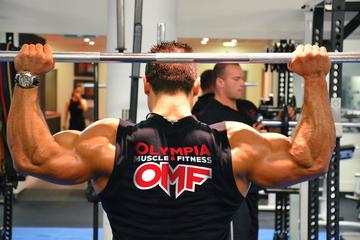 I was 19 and had already been dreaming for years about moving out to Cali and training at Gold’s Gym, right alongside the guys in the magazines I had read and reread and read again. And here I was, finally in hardcore bodybuilder heaven. If I had only known how things were going to turn out today, I would have paid much more attention. Bill Grant, Roy Callender, Ed Corney, Dave Johns, Tom Platz, Mike Mentzer, Chris Dickerson, Lou Ferrigno, Albert Beckles, Ken Waller, and more—and regular gym rats like me too—all training in the same room. Everyone in shorts and tanks, some in flip-flops, all training like there was no tomorrow. We never dreamed there wouldn’t be one. I don’t think any bodybuilder training at World or Gold’s Gym in 1979 would have ever imagined that our world could have changed so drastically to have all but completely eviscerated the original hardcore spirit from the gym industry. But that is exactly what’s happening.

The first thing we need to understand before I go off lamenting the demise of the most hallowed aspect of bodybuilding is the meaning of the term “hardcore.” Some people will tell you it’s an attitude, and they most likely evince it. This is probably true for a lot of us. You can’t really pursue bodybuilding to any notable degree and not be hardcore. Waking up at 4 a.m. to do an hour of cardio on an empty stomach, 4 IUs of GH, and some Clen is hardcore. Cooking 10 pounds of chicken breasts on Sunday night for the next five days’ meals is hardcore. So is risking five years in a federal prison for smuggling in your gear from Mexico (when you get caught, it changes from “hardcore” to “stupid”). Doing a drop set starting with 1,400 pounds on the leg press until you puke into the garbage can is hardcore. So is living in a cheap dump a block from the gym and not owning a car and living as frugally as possible so you can spend less time working and more time bodybuilding. Pretty much any aspect of bodybuilding taken to the extreme is considered “hardcore.”

But, what is a hardcore gym? Quite simply, it’s a gym made specifically for the extreme application of bodybuilding. A gym that spends the majority of its capital on weights and machines and equipment designed for bodybuilding, not carpet, cleaning services, air conditioning and polo shirts for the staff. A hardcore gym has a black rubber floor or just raw concrete and some rubber mats, exposed beams, loud music, and minimal services. And it’s dirty. If you leave the gym looking like you were fixing a leak under the house in a heat wave, your gym is probably hardcore. A hardcore gym is where a hardcore bodybuilder trains. And the original hardcore gym was Gold’s.

Joe Gold set the standard in 1964 when he opened Gold’s Gym on Pacific Ave in Venice and again when he opened World Gym in 1975 in Santa Monica, both filled with equipment Joe made himself, by hand, specifically for bodybuilders. Both locations were also two blocks from the beach, which in and of itself is a testament to the allure of hardcore. From a business perspective, a gym on the beach shouldn’t make it because 50 percent of the potential surrounding member population is underwater. Gyms belong in the center of the populace, not the edge. But, that minor detail didn’t seem to affect the explosion that was about to happen.

Sometime in the late ’70s or early ’80s, the mile or so that stretched between the two gyms became known as “The Mecca of Bodybuilding” (although most incorrectly think that title only belongs to Gold’s), and hardcore bodybuilders from literally all over the world made the pilgrimage to settle by the beach near these two amazing hardcore gyms. Many of us locals had memberships to both gyms and favored one over the other for certain body parts. World had an outside deck with a view of the Pacific, complete with palm trees, where you could train in the sunshine with your shirt off. And Joe’s leg machines were the smoothest on earth. In either gym, it was nothing to see a dude getting ready for a show drop his pants in the middle of the gym and hit a leg shot in the mirror for his buddies, checking his progress. Try that at LA Fitness. Somehow all this became cool and attracted not only a growing number of bodybuilders from everywhere but also major A-list celebrities, rock stars, and top professional athletes.

Gold’s Gym eventually became a franchise and, in the mid ’90s, exploded to over three million members in 600 gyms all over the world.

And therein lies the rub. “Normal people” who want to go to the gym to get in shape and be fit outnumber bodybuilders several hundred thousand to one. If you buy a Gold’s or Powerhouse franchise and open in the suburbs, to whom are you going to be suiting the gym? Do you even want hardcore bodybuilders training there? Not really; we’re loud and sweaty, and we break stuff.

And, since bodybuilders are usually 99 cents short of a buck, they don’t buy anything other than a membership. No T-shirts, no drinks, nothing from the juice bar or the pro shop. Just getting them to pay their membership on time is a job.

In the past, I would have taken offense to such prejudice against my iron brothers, but now that I am a Gold’s Gym owner, I totally understand it. Running a 20,000-square-foot gym ain’t cheap. Especially with a bunch of meatheads pounding on everything, trying to break it. Last month I had to replace a pair of 100-pound dumbbells because someone—someone who shouldn’t have been lifting them in the first place—threw them down from his failed shoulder press. One of them hit the floor on an angle and snapped one of the heads off it. You know what a pair of 100-pound Iron Grip rubber-coated hex dumbbells cost me? Six hundred bucks! Plus EVA, plus shipping, plus import duty. And, if some mook breaks them again, you think he’s going to pay me for them? No, I’m out of pocket again. The stronger the members, the more wear and tear on the equipment.

But, like a lot of bodybuilder gym owners, I like bodybuilders training in my gym. We have a camaraderie. It’s cool helping them and watching them improve. It’s nice to hear guys lifting heavy. At the same time, I can’t put off the other members who outnumber the bodybuilders by about 50 to one. So, the key is finding balance, and I think many of the Gold’s, World, and Powerhouse gym franchises over the years had accomplished that. Call it “civilized hardcore.” However, even that is still too hard for the millions of people joining the highly civilized—if not antiseptic—corporate-run health club chains. Today, LA Fitness is what comes to mind when someone down at the office claims he or she is going to the gym after work. Back in the golden era, it meant something totally different.

I suppose this paradox could exist, and proof thereof is the entries in something I created called the Hardcore Gym Registry originally published on a magazine’s website where I was working on my way up to MI. There seems to be a few real hardcore gyms still out there paying homage to the original concept, and even exceeding it in certain degrees with such things as the addition of strongman equipment. But these hardcore gyms are spread too far and too thin, and too few of us are lucky enough to live near one. Living in Fort Lauderdale, FL, the best gym I could find within a reasonable distance from home was LA Fitness. The same unfortunately holds true for a great many of us.

I’d like to think that the hardcore gym isn’t truly dying. They are out there and thriving. Sadly, not enough of them are close enough to where we live. Once the gym industry went corporate, the nature of business steered itself to accommodate the most willing monthly EFTs, and that clearly wasn’t in the direction of hardcore bodybuilding. But, even that was okay—until Planet Fitness came along and established the true 100 percent un-gym, completely intending to not only discriminate against hardcore bodybuilding but also mock it. I always found that incredibly ironic considering the element against which Planet Fitness discriminates was spawned by the man who created the gym chain that is now owned by Planet Fitness. I’m sure Joe Gold would roll over in his grave if he knew that on every wall of Planet Fitness (formerly World Gym) is a huge image of a big, ripped bodybuilder with a red circle and a line through it. 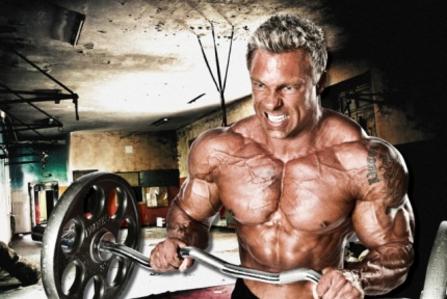 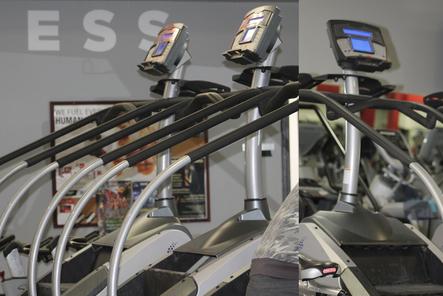 About OLYMPIA MUSCLE AND FITNESS 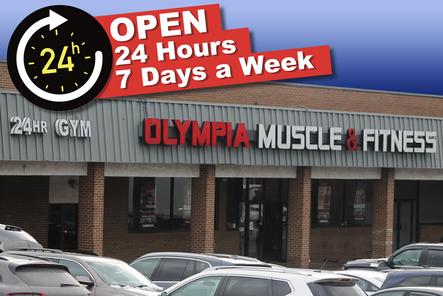 DEATH OF THE HARDCORE GYM

Isaac is the owner and club manager of OMF. With over 20 years of Body Building experience, Isaac's focus is to help reach your muscle and fitness goals!